Most encountered problems in fresh concrete

Some of the major problems seen while preparation of fresh concrete are as follows; 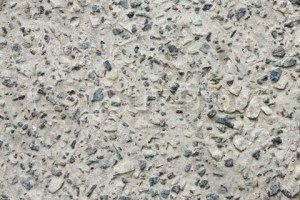 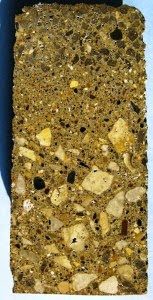 Separation of constituent materials of heterogeneous mixture of concrete so that their distribution is no longer uniform. The steps of segregation are as follows;

The paste separates from coarse aggregates

Separates out water from paste. This is due to the different value of specific gravity of materials.

Correct proportioning of the mix until it gets uniform, complex mix, proper handling, transporting, placing, compacting, finishing, remixing, use of workability agent to control w/c ratio etc, use of pozzolanic materials (makes concrete cohesive), use of air entrain agents.

Concrete is not only going to be weak, but also due to lack of homogeneity will induce all undesirable properties in the hardened concrete. 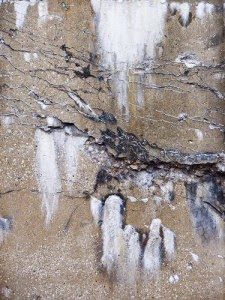 It is the phenomenon to come out of water from the concrete to the surface of concrete. This is because water has low specific gravity among all. While coming, water takes out cement particles from concrete the surface forming cement paste called “Laitance” which causes dust in summer and mud in raining and the weathering increases, shrinkage and cracks are liable to be seen/formed. It also forms very weak bond for another layer concreting. Water makes pores in concrete so it reduces bond among aggregate paste and reinforcement.